Riding for the Team 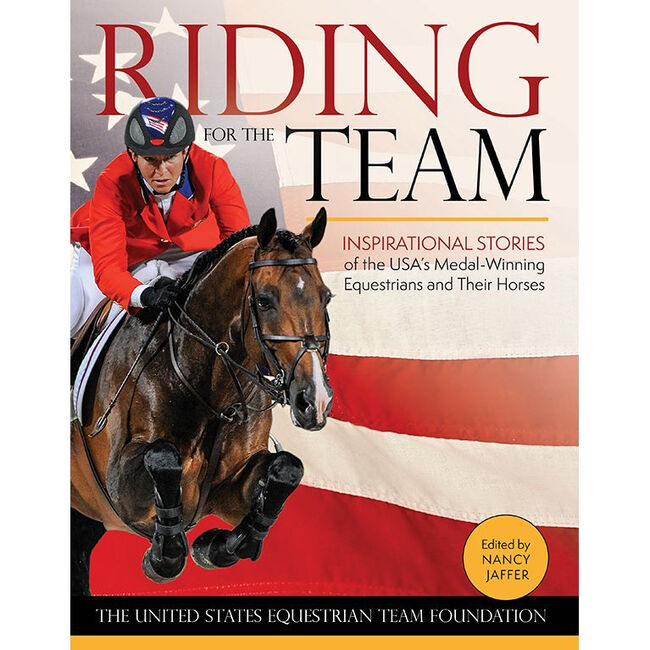 Riding for the Team

$36.00
The link to Riding for the Team has been copied
Details

Inspirational Stories of the USA's Medal-Winning Equestrians and Their Horses

“To win for the USA.” Many young athletes grow up with a goal of reaching the Olympics and the glories of their sport’s highest levels. It is no different for equestrians, whether they ride English, Western, vault, or drive a carriage. From playing with plastic ponies and taking their first riding lessons, to finding success in the arena, thousands of horse lovers hope they can one day represent the United States in international competition. Riding for the Team chronicles the lives of those who dreamed about competing for their country and “made it,” sharing inspirational stories from the international governing organization’s eight equestrian disciplines: show jumping, dressage, eventing, driving, vaulting, reining, endurance, and para-dressage. Readers are immersed in the fascinating histories of the medal-winning riders, drivers, and vaulters who have dominated American equestrian sport over the past 28 years, such as McLain Ward, Karen O’Connor, Debbie McDonald, and Tim McQuay. Get the inside scoop on legendary horses who have become household names, including Flexible, Biko, Verdades, and Gunners Special Nite. Offering exclusive insights, this book gives readers a behind-the-scenes look at the world of top-level equestrian sport. Athletes tell their stories and those of their horses during the years they honed their talent and dedicated their lives to representing their country in the Olympics, World Equestrian Games, World Championships, and Pan American Games. Beautifully illustrated with breathtaking photographs from prestigious competitions held around the world, Riding for the Team not only provides a dazzling record of American equestrian accomplishment, it promises to inspire the next generation of champions.