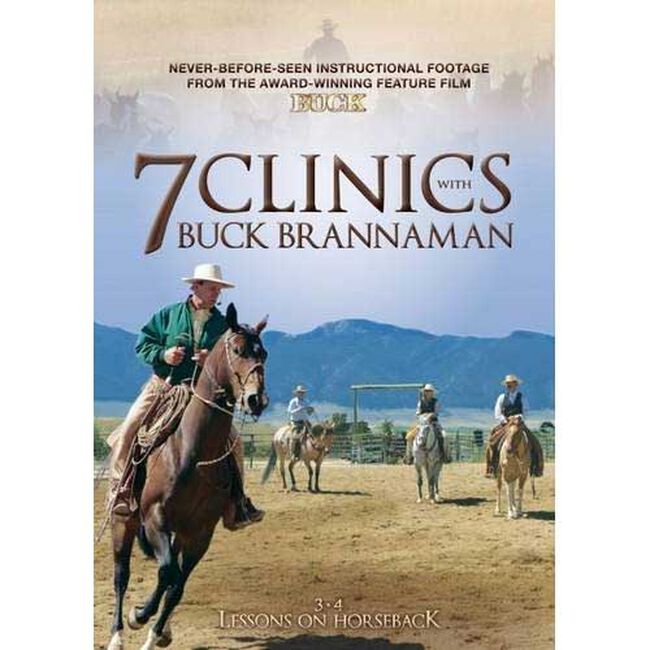 $49.95
The link to 7 Clinics with Buck Brannaman: Lessons on Horseback - DVD Set 2 has been copied
Details

In Discs 3 & 4, viewers travel to several clinics to learn some of Buck's most important lessons when working under saddle, including the all-important release, which teaches a soft feel and allows the horse to attain collection and willingly move off the leg. Additional instruction covers rider form and position, riding serpentines, "getting the life up" (finding animation), perfecting the stop, and backing up. Introducing 7 CLINICS WITH BUCK BRANNAMAN, a series of seven DVDs featuring over 10 hours of instructional footage collected during the making of the award-winning film. Buck Brannaman travels extensively throughout the country and the world each year, teaching an approach to training and riding horses that he learned from spending years as a student of the renowned horsemen Tom Dorrance and Ray Hunt. His natural horsemanship approach benefits all levels and types of riders, and has inspired and revolutionized the equestrian world. Due to the success of the highly acclaimed 2011 documentary BUCK, a new awareness of his methodology has extended the reach of his wisdom far into the mainstream. "The biggest challenge in creating the documentary BUCK was taking over 300 hours of footage and cutting it down to 88 minutes," says filmmaker Cindy Meehl. "We still hear audiences saying they didn't want the film to end-they want more Buck!" 195 minutes