Item No. PANPAK
5 out of 5 Customer Rating
(1 Review)
in-store pickup only 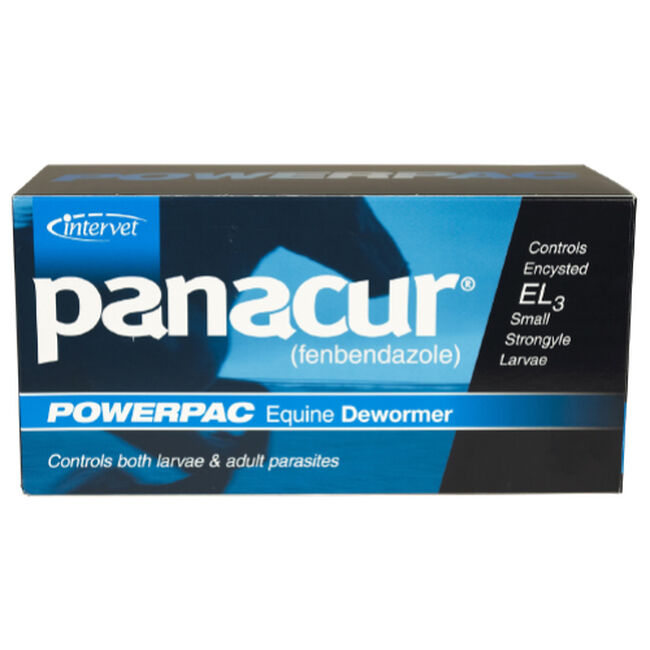 $76.49
The link to Panacur PowerPac Paste Dewormer has been copied
Details

Panacur is an equine dewormer containing the active anthelmintic fenbendazole (10%). Each gram of Panacur paste contains 100mg of fenbendazole and is flavored with artificial apple-cinnamon liquid. The antiparasitic action of Panacur is believed to be due to the inhibition of energy metabolism in the parasite. The PowerPac is a set of 5 double dose tubes designed to be given on 5 consecutive days to one horse. Indicated for the control of large strongyles, encysted early third stage, late third stage and fourth stage cyathostome larvae, small strongyles, pinworms, ascarids and arteritis caused by fourth stage larvae.

Display the certificate of confidence

I purchased upon my vet's recommendation, and it appears to be working! Also, it's not hard to administer.

Was this review helpful? Yes0 No0