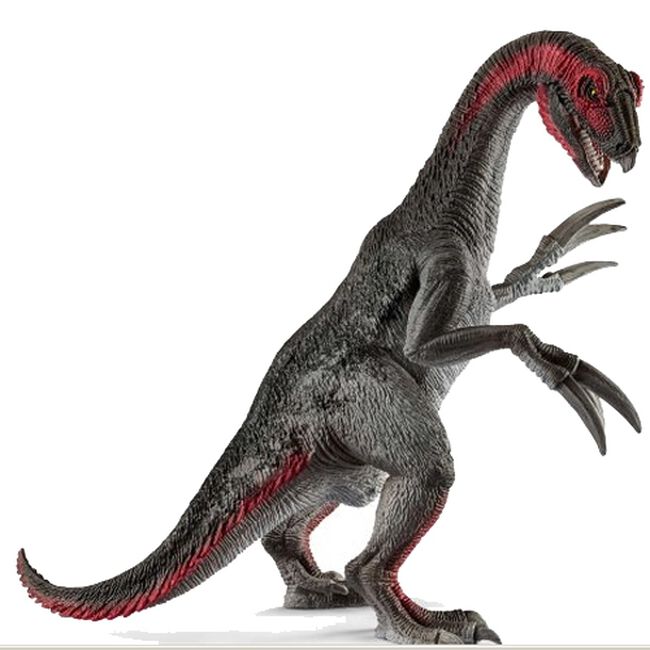 $24.99
The link to Schleich Therizinosaurus has been copied
Details

Schleich brings the wonder of animals around the world and through the ages down to a size that fits in a child's hand. Let your child imagine an adventure with these tiny detailed replicas. This model has moveable arms and lower jaw.

Of all animals that ever lived on earth, the Therizinosaurus probably had the longest claws. It used them to dig, grasp, pierce, and peel off bark. It lived towards the end of the dinosaur age, together with other herbivores such as the Kentrosaurus and Pentaceratops.