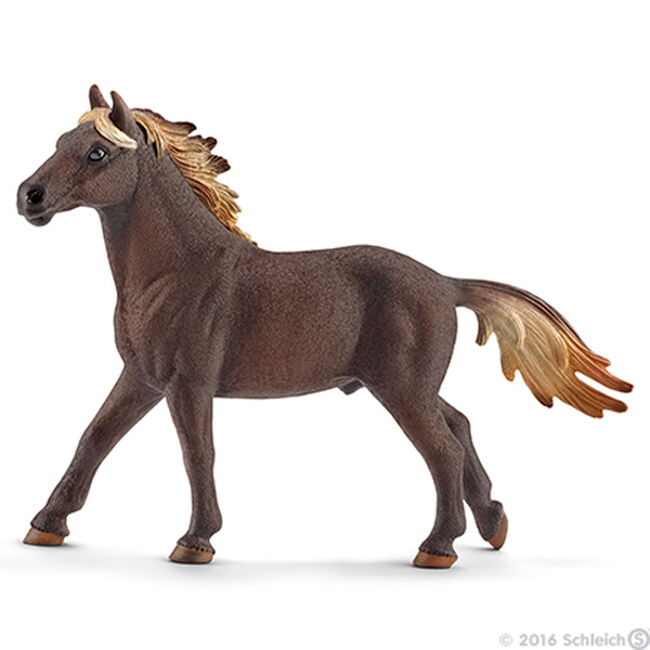 $8.99
The link to Schleich Mustang Stallion has been copied
Details

Schleich Model #13805. The Mustang symbolizes freedom and America’s Wild West. Mustangs were brought to America by the Spanish as domesticated horses, and became feral in America. Nowadays, the horses live in large herds.

Mustang stallions are very brave. They defend their herd even if they’re injured. Mustangs are also called “mestengos”. This comes from a Spanish word meaning “wild, stray”. They were originally domesticated horses that the Spanish brought to America by ship in the 16th century and that ran away once in America. Since they found plenty of fodder on the fertile pastures and had almost no natural predators except pumas, their numbers rapidly increased. Wild Mustangs still roam the countryside to this day. They are led by a brave herd stallion who protects his herd and is usually the father of all the foals.

Schleich products are designed to be as realistic and naturalistic as possible, which enables children to experience the variety of the natural world. They are made with unparalleled attention to realistic scale and detailing, making them a true reflection of nature on a smaller scale.