Item No. GHSSA6
5 out of 5 Customer Rating
in-store pickup only 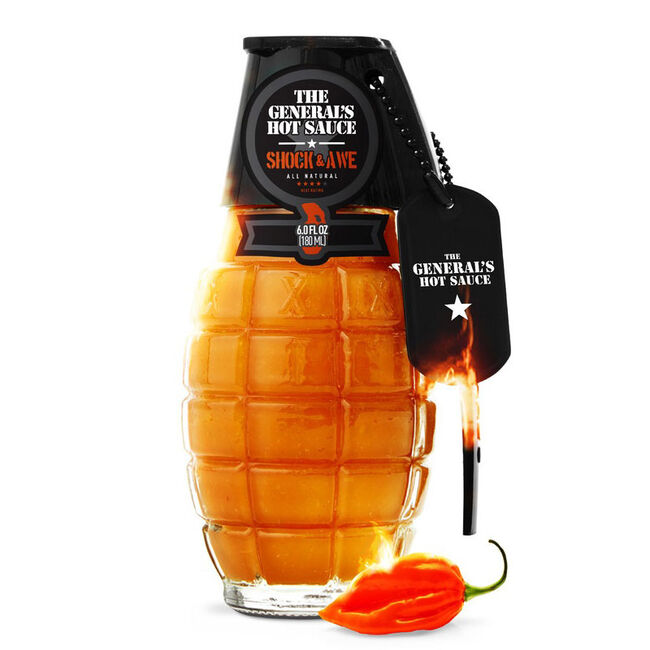 Not for the faint of heart, The General's Shock & Awe hot sauce was a special request from his beloved heat freak fans. Made with almost 90% Louisiana-grown orange habaneros, you'll get a unique punch of deep, powerful, sustained heat that is offset by a sweet aroma and taste. It checks in (1-10) around an 8.5-9, according to most folks. So as not to distract from that sweet-heat combination, we add a touch less salt so that the true flavor of the habanero pepper really pops in the sauce. You can set your watch by the habanero pepper—it delivers a fairly consistent heat and flavor even in varying conditions.

Smoke Hall Foods L3C, the veteran-owned, Louisiana-based parent company of The General's Hot Sauce, was conceived by its founders at the 2012 Army-Navy football game tailgater in Philadelphia (yes, Navy won that year).  Inspired by a close friend who actually serves as a general in the military and loves to make wings for his friends and family (and shall remain anonymous until the end of time—we'll never tell), the company launched with a simple mission: