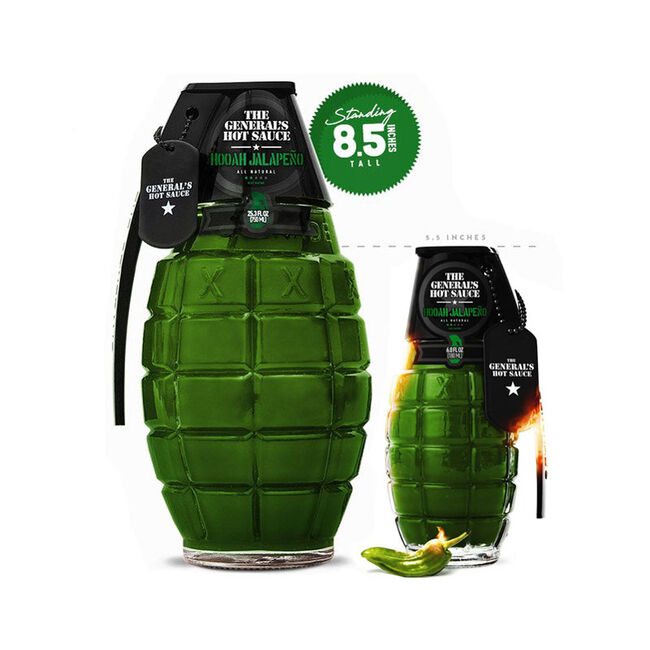 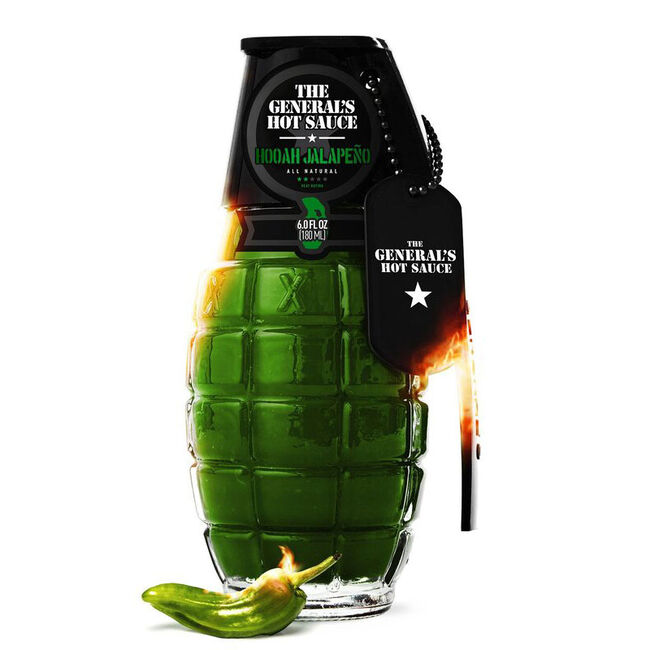 HOOAH Jalapeño is carefully blended from precisely aged, American-grown peppers. HOOAH Jalapeño carries a mild-medium heat profile and is a versatile flavor that can be used anywhere. The General recommends it on tacos, burritos, enchiladas, and (his favorite) scrambled eggs. If you want rich pepper flavor with just a casual hint of heat, you found the right product.

Smoke Hall Foods L3C, the veteran-owned, Louisiana-based parent company of The General's Hot Sauce, was conceived by its founders at the 2012 Army-Navy football game tailgater in Philadelphia (yes, Navy won that year).  Inspired by a close friend who actually serves as a general in the military and loves to make wings for his friends and family (and shall remain anonymous until the end of time—we'll never tell), the company launched with a simple mission: